A Better Alternative to Dry January

Enact a healthier routine for the new year 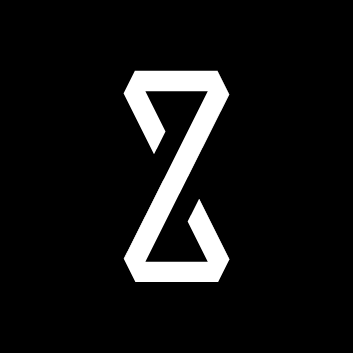 If you’re like us, you may have enjoyed a drink or two during the holidays – possibly more than that. And it’s time for a breather.

Maybe you’re considering doing “Dry January” – cutting out alcohol during the first month of the year. The idea sounds great. The emotional and physical effects of alcohol are worth taking a break from, and it’s a simple rule to follow: just don’t drink.

But although Dry January sounds great, for many of us there’s a better option.

The great thing about the new year is that it provides a fresh start. It’s easier than at any other time of year to reconsider old routines and make new choices to improve your life. Those choices can kickstart new, healthy habits that make life better for years down the road.

The problem with Dry January? It doesn’t do that.

Dry January’s all-or-nothing approach only serves as a temporary reset – not a long-term improvement to your life. It’s like a crash diet. Come February, it’s the easiest thing in the world to fall right back into the same old drinking routines. That’s not sustainable.

But there is an alternative. We can leverage the opportunity of the new year to initiate smarter and healthier drinking habits that actually stick. And by sticking to them, we set the stage for a healthier relationship with alcohol long into the future.

At ZBiotics, we’re about improving life in ways that are sustainable. Often, that means marginal improvements that stack over time to create major, lasting change.

Anyone who’s ever made that kind of change in their own life knows what this means: changing habits.

Changing or developing new habits is tough. One study found that the average time it takes to form a new habit is more than two months – assuming the habit is picked up at all (Lally et al., 2010). And a growing body of scientific research is revealing what we know intuitively to be true: habit formation doesn’t just take time, it also takes the right environment, incentives, and circumstances to be successful (van der Weiden et al., 2020).

This is born out on the data. One of the reasons people attempt Dry January is because they’re interested in cutting back their alcohol intake. According to some Nielsen research, a full 47% of Americans are looking to make this change. But if that’s your goal, Dry January is unlikely to help.

A 2021 study analyzing the impact of Dry January on people’s drinking habits found that increased participation in Dry January did not correlate with lower alcohol consumption – neither during February-December nor during January itself (Case et al., 2021).

This year, consider going another route. Instead of Dry January’s temporary and total purge of alcohol, use the start of the year to kickstart some new healthy drinking habits.

Set an intention, and make choices that give yourself the best chance to succeed.

If the goal is developing healthier drinking habits – and we think it should be – then we have good news. The same data telling us that habit formation is difficult also provides pointers on how to make it easier. Research indicates that the following elements facilitate habit formation (Kaushal & Rhodes, 2015): Let’s focus on two of these elements: low behavioral complexity and consistency.

Which brings us to consistency. When behaviors are easier, we’re more likely to do them, which makes it more likely that we do them again and again. More consistency means more sustainable habit formation.

Knowing what we now do about habit formation, we can use it to enact a better alternative to Dry January: healthier drinking habits.

Instead of going cold turkey this year, we recommend setting an intention to build healthier drinking habits, and using the fresh start of the new year to help us succeed.

There are no rules for how to do this. And we don’t judge anybody – including ourselves – for trying different things here. Changing alcohol consumption patterns needs to take your lifestyle into account to be sustainable. We talked about consistency and complexity, but having the right environment is another element of habit formation, and all of our environments are different.

In thinking about what you can do to build healthier drinking habits, we recommend a few things: For inspiration, here are examples of some healthy-habit intentions:

These are just a starting point. Iterate on what works for you by considering what’s realistic and how you’ll implement it.

Then, when you accomplish that intention enough times that it becomes second nature, you’ll have meaningfully improved your relationship with alcohol. And that doesn’t have to end in January; you’ll be able to build on it all year long going forward!

Quick note before we close

Regardless of the goals you set for the new year, a healthy relationship with alcohol is important to our health and wellbeing.

Remember that not everyone can choose to be sober, nor control how much alcohol they intake. 14.5 million people in the United States suffer from alcohol use disorder (NIH, 2019). If you or a loved one struggles with alcohol and needs professional support, contact an alcohol treatment center, rehabilitation center, or SAMHSA’s National Helpline.