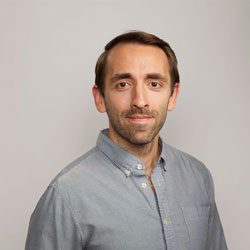 Not long ago, health and wellness became primary in our collective consciousness. But ever since, drinking alcohol has occupied a strange part of our headspace. Like food, it plays a role in how we socialize and celebrate with one another. It’s also a way many of us like to unwind after a long day.

But alcohol is, of course, not very healthy.

The negative effects of alcohol are numerous. For one, it's a known carcinogen. It’s highly caloric – with 1 gram of alcohol containing 7 calories (compare that to the 4 calories in each gram of sugar) (Citation). And it’s intoxicating, loosening our inhibitions and control – the desire for which, if we’re being honest with ourselves, is probably why we care so much about health and wellness in the first place.

Still, we drink despite the known effects of alcohol – for all the sociocultural reasons we’ve been doing so for millenia. Despite the fact that it’s at odds with our growing concerns about health, we do it anyway.

In 2019, we started being honest with ourselves about that dissonance.

We realized that we want to drink: to go out, to loosen up, to celebrate life with our friends and family. But we don’t want to get drunk every single time, to drink without enjoying the taste, to feel bloated and heavy afterwards, or to sacrifice a full Saturday morning for one fun Friday night.

This year, we say, simply, “Yes, I like to drink sometimes – but on my terms.” We’ll shake up traditionally unshakable institutions, fitting them to our interest in health and control. Institutions like:

The changes we see have already started. 2020 is the year they go mainstream.

For those watching their waistline, hard seltzers led the way. White Claw and its acolytes exploded onto the 2019 summer scene, making it clear that where low-cal day-drinking is concerned, there are compelling alternatives to “light” beer and sugar-laden canned cocktails. Expect to see a whole lot more millennial-branded bubbles at the beaches and parks of 2020.

In addition to lower-calorie options, we saw the launch of a number of hard kombuchas, each offering “a delicious, clean alternative to beer and wine with the benefits of kombucha” (quote from Boochcraft, also see Wild Tonic, Kombrewcha, Flying Embers, Kyla) and the implied healthiness of the perennial wellness drink..

A corollary to health is taste. As we come to terms with the fact that alcohol isn’t good for us, we realize that when we do decide to drink, we should actually enjoy it!

Each of us has different tastes, but until recently many of us have been stuck with beer, wine, or liquor, often with flavors that were heavy and uncompromising: hops, tannins, oak, and not much else.

Today, people craving fresher, milder flavors have options. While yesterday’s local liquor store might have sold 10 craft IPAs, today we have our choice between heavy beer and dry hard cider, spiked iced coffee, and high-end canned wine, not to mention all the hard seltzers and kombuchas we could want.

Why more options? Because more of us are drinking according to our own tastes and health goals, exerting our individual wills without feeling the need to compromise.

For some, owning our drinking behavior means having the self-awareness to understand that a primary reason we drink is to be social, not necessarily to be intoxicated.

As more people come to that understanding, more people are declaring that drinking does not need to be fully alcoholic, or alcoholic at all, in order to get them where they want to go.

As a result, we’re seeing the rise of low-ABV drinks, and not just the seltzers mentioned above. New spirit houses like Haus are launching low-ABV spirits, which feature about ⅓ the alcohol of traditional hard liquor. And breweries are launching low-ABV beers, which hover around 4% ABV and 100 calories and feature traditional craft brand names like Ballast Point Lager, Deschutes Da Shootz!, and Harpoon Rec. League.

More interesting still is the rise of no-ABV spirits and beers. A growing number of bar menus now feature a “Zero-proof Cocktails” section, featuring drinks made with non-alcoholic spirits like Seedlip, MeMento, Som, Everleaf, and Three Spirits. These drinks feature all the herbaceousness and experiential moxie of cocktails, just without the booze and without alcohol's effects on the body.

Whole bars are being built around the trend – no-alcohol bars that intentionally do not serve alcohol (e.g., Getaway and Listen in NYC). And these aren’t the underwhelming under-21 establishments of last decade. They’re died-in-the-wool cocktail houses, featuring all the mixological hipsteria one would expect from a Bushwick speakeasy.

Finally, if fully sober isn’t your scene, there’s a growing number of CBD, THC, and “adaptogenic” drinks  that provide further alternatives to alcohol. Drinks like Recess, Dram, California Dreamin’, and Kin Euphorics met the market in 2019 to resounding early success, and could become common alternatives to alcohol in the coming year.

Each of these new options arrived for one reason. People want to socialize over a drink, but they care about maintaining their health and staying in control while they do it.

Change #3: Adding science (and sustainability) to the equation

Drinking on our own terms doesn’t just mean adapting alcohol to our changing tastes and values. It also means being more willing to stretch traditional conventions of what alcohol is and how it’s enjoyed.

One such convention is alcohol’s romanticization of the old and resistance to the new. “Vintage,” “tradition,” “aging” – all historically have equated to quality in alcohol branding. And while that’s sure to continue, the wholesale rejection of newness is no longer the status quo.

That’s true for how we make alcohol, and how we drink it.

People are starting to appreciate that we can use science to improve how we make alcohol. Specifically, there are ways to improve the sustainability of alcohol-making, without sacrificing flavor.

It starts with the growing success of new products like Glyph Whiskey, a “molecular whiskey” created by the company Endless West. Instead of distilling and aging whiskey in the traditional mold, Endless West makes a molecular map of whiskey’s chemical components, then constructs new whiskey using those same chemicals, but sourced from plants and mixed overnight. No distilling or aging required.

Does that process conjure romantic images of grizzled craftsmen bent over oak barrels in a lantern-lit cave? No. But is the whisky tasty? Yes. And is it more efficient in its use of energy and resources? Yes again.

Another example is Berkeley Brewing Science, a company using genetic engineering to make hoppy beer without hops. They’ve engineered brewer’s yeast to imbue beer with hoppy flavors as it ferments. The result is an IPA that’s made without hops and without the large amount of water required to grow them.

Again, is the brewing process as romantic without images of green hop flowers cascading through well-worn craftsman hands? No. But is the beer delicious? Yes. And it’s more sustainable.

And both of these new-fangled products are out in the world right now, being purchased by customers well-aware of their scientific roots.

By no means are we going to suddenly stop respecting age and experience in distilling, brewing, and winemaking. But we are going to start respecting new methods of making alcohol. Especially when those new methods are better for the planet, and just as tasty.

Our new interest in health and wellness is spurring us to look with a newly critical eye at alcohol’s impact on our body when we drink. That critical eye is increasingly informed by science.

People are educating themselves about alcohol’s biochemical impact, and how that translates to the next-day effects of drinking. Toxic byproducts like acetaldehyde and congeners and the prominent role of the gut microbiome in processing alcohol... these concepts were virtually unknown to regular people just a few years ago.

Now, we’re increasingly aware of these concepts and their consequences. Not just for our weight and long-term health – but for our next day and lifestyle. We care about our time and our ability to take advantage of it. We’re no longer content to risk losing a day after a night of drinking. We want to enjoy our night out and stay functional the day after. To work out, to get stuff done, and to take full advantage of every single day.

Armed with this new awareness, people are better preparing their bodies for when they drink – especially when they forego the alternative/low/no-ABV drinking options discussed above (often when celebrating special occasions).

Some of that preparation takes a familiar form: drinking water, getting sleep, not drinking on an empty stomach, spreading alcohol consumption out over time, etc. These measures are valid and valuable. Then there’s the familiar slew of gas station supplement cocktails, electrolyte drinks, and personal IV drip providers – all of which have been around for years, every year getting re-released in new packaging.

But another form of preparation is completely new, bringing a level of technological sophistication to drinking that’s never been seen before. We’d be remiss if we didn’t mention our own product – ZBiotics – and the unique scientific approach it brings to the table.

ZBiotics uses genetic engineering to mimic the liver’s natural enzymatic process, but it does so in the gut. In so doing, ZBiotics temporarily endows the gut with an added function: the enhanced ability to digest acetaldehyde. It’s a way to augment the functionality of the body above what’s normal. And it provides a new vision for how to drink – one consistent with the personal investment we make in our health.

This past month, we were so excited to see this manifested in the incredible number of people working ZBiotics into their holiday routine. People who aren’t heavy drinkers themselves – but who knew that they’d be doing lots of celebrating with friends and family. People who want to socialize without losing control. People who want to stay functional.

People who want to drink on their own terms.

*One needs only look to California for another example of how conventional delineations between alcohols are fading away. A new CA law coming into effect January 1, 2020 makes it possible for alcohol-makers to practice winemaking, brewing, and distilling using the same equipment, in the same space (Cite). It’s a very clear legislative example of a traditional institution of alcohol shifting to meet the trends and needs of today.