Engineering ZBiotics Probiotic Drink Part 2: How we did it

The techniques we use to make a genetically engineered probiotic 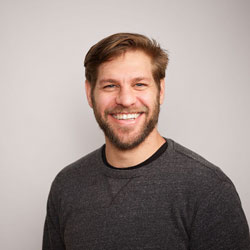 In Part 1 of this series, I discuss what we do when we genetically engineer a probiotic bacteria. In this post, I will explain how we do that.

What I did was change the internal blueprints in a probiotic bacteria. But you may be wondering how I made those changes. This is a very important question, because how a bioengineer changes genetic code can affect the safety or quality of the engineered bacteria. We want to make very specific alterations, while at the same time ensuring we don’t change anything unintentionally.

There are several genetic engineering techniques available with the ability to make highly controlled and specific changes. One common technique – the one we use at ZBiotics – is called homologous recombination.

It works like this. First, we identify the spot in the bacteria’s genetic code where we want to insert our new genetic blueprint. Then we read the DNA stretches on either side of that spot, and, with that sequence in hand, design new fragments of external DNA that perfectly match them. Then we connect these matching fragments to each end of the new genetic blueprint we want the bacteria to take up.

Now, we mix this new DNA together with the bacteria. Incredibly, the bacteria will recognize the identical stretches of DNA we created and, using its own machinery, naturally swap in the blueprint we designed between these stretches, just as its evolved to do over millennia. In other words, the bacteria recognize homologous (identical) DNA and recombine (replace) it in their own genetic code; thus homologous recombination.

The good news is that with recent huge advances in DNA sequencing technology, we can now cost-effectively read the entire genome of a bacteria. That means we can verify exactly what we’ve done and – importantly – confirm that we haven’t done anything else unexpected. So for a few hundred dollars, I got the entire genome of my new bacteria sequenced and was able to verify that everything was correct.

I then repeated the same process to edit the “off” switches, and bing-bang-bong: I precisely engineered a predictably useful microbe!

So what do we have at the end of all this? A safe probiotic bacteria, just like what we started with. It behaves exactly as it did before, but with one specific change. It no longer occasionally makes flagellin protein. Instead, it continuously makes anti-acetaldehyde protein.

That change was specific, highly controlled, and known to be completely safe. We merely took a bit of genetic code that we already knew was safe and added it to a bacteria we also knew was safe. We then went back and checked every single bit of genetic code across the bacteria’s whole genome to make sure we understood exactly what changed and to verify nothing unexpected happened.

Sounds simple? Thanks to modern technology, it honestly kinda is! And we can use this same strategy to engineer our awesome friend B. subtilis not just to make proteins that break down acetaldehyde, but also to make proteins with all kinds of other functions!

We’re already working hard to do so. The future is exciting, and while we have our own ideas, we’d love to hear what proteins you’d find useful. What would you build? Let us know, and maybe ZBiotics will make it next!